Birthstones: the month of November
Citrine 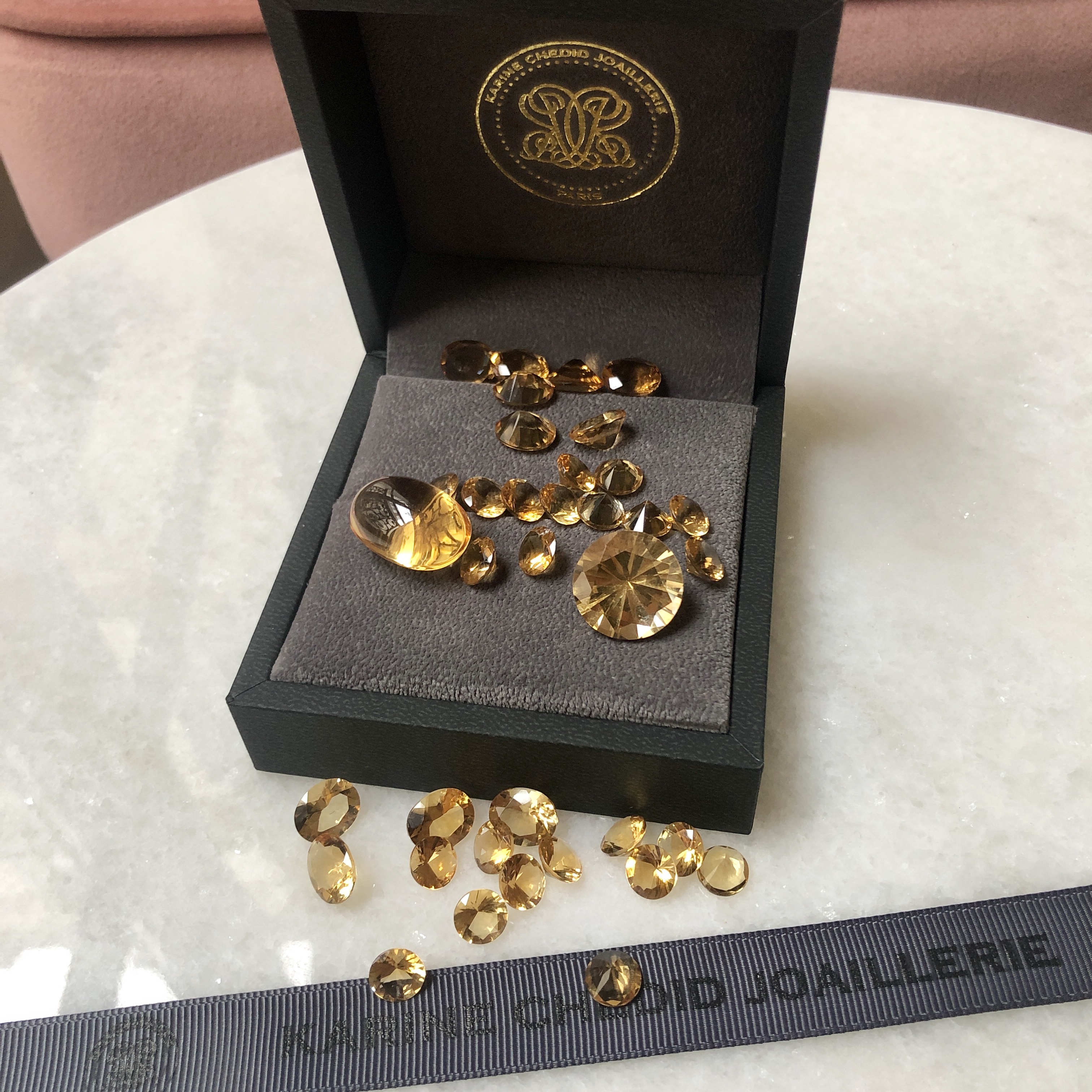 We attribute a thousand virtues to stones ... Protection, healing, it is not uncommon to come across people who never part with such or such stone, like precious amulets.

Some of our European neighbors take it very seriously, so much so that jewelry decorated with birthstones is often given on birthdays, for example.

The month of November celebrates Citrine.


In Latin, "citrus" means lemon, which gave its name to this stone which owes its color to the presence of iron.


With its lemon yellow color, even slightly orange in its natural state, much browner when heated (which is often the case), it brings a ray of sunshine to the dreary month of November. It celebrates the joy of living and is believed to bring success, but also to promote concentration and purify, eliminate negative energies. It is a stone of energy balancing.


In the past, this gem was credited with the virtues of prosperity and glory, and certain traders willingly placed it in the drawer of their cash register. It was known as the stone of the merchants in the Middle Ages.


It is also traditionally offered on the 13th wedding anniversary.


Citrine is a Quartz belongs to the great family of Silica and its hardness is 7 on the Mohs scale, which means that it offers good chemical and mechanical resistance. Its thermal resistance is medium, which means it can discolor. It crystallizes in the rhombohedral system.

There are many deposits on the planet, the main ones are in Brazil, Madagascar and Sri Lanka.

Note: there is a significant amount of synthetic citrine on the market (most of which comes from a hydrothermal process), always purchase your stones from a recognized seller, with a certificate of authenticity.

Also note: like many quartz, this gem is often treated by heating or irradiation to intensify its original color. Often the ones found on the market turn out to be heated amethysts and take on a color close to Madeira. Be vigilant and demand a certificate from the seller.